Back in November, we updated researchers on the content that was released in the World Constitutions Illustrated database from May to October 2021. Read below to find out what new documents have been added to this ever-growing database.

Updates from November 2021 to Date

Since our last content news update, we have updated 24 countries and added 89 new titles to the World Constitutions Illustrated database.

We will continue to provide constitutional content news right here on the HeinOnline Blog. Be sure to subscribe to receive notifications when new posts are published.

Recently, Barbados transitioned from having the Queen as Head of State to a Parliamentary Republic. We have added the Charter of Barbados, 2021 from the Parliament site. The document is not considered a constitution but serves as a guide for citizens as the island becomes a Republic.

With Barbados transitioning to a parliamentary republic, the Constitution of 1966 was further amended in 2021. We now include the three amending laws from the Official Gazette:

We have included the Portuguese text of the above-mentioned amending laws from the following sources: the Chamber of Deputies; the Presidency; and the Diario Oficial. Also added was the consolidated text in Portuguese from the Chamber of Deputies and the Presidency, as amended to No. 112, No. 113, and No. 114 of 2021. We also include the current/latest consolidated text, as amended to No. 115 of 2022, from two official sources.

The Constitution of 1980 as codified in 2005 was further amended by Law No. 21.383 of October 14, 2021, modifying the Fundamental Charter to establish scientific and technological development at the service of the people. We have added the amending law in Spanish from the Library of the National Congress and the Official Gazette. In addition, we added the consolidated text, as amended to Law No. 21.383, from the Library of the National Congress, as well as updated our own current/latest translation correspondingly.

The Political Constitution of 1991 was further amended by Legislative Act No. 2 of 2021, through which 16 Special Transitory Circumscriptions of Peace are created for the House of Representatives in the periods of 2022-2026 and 2026-2030. We have added the amending law in Spanish from the Ministry of Justice and updated our own current/latest translation correspondingly.

The Constitution of 2015 has been amended by Constitutional Law No. 2 of January 7, 2022. We have included the French text of the amending law from the Official Gazette and our own current/latest consolidated translation.

We have added the consolidated text of the Constitution of Honduras, as amended to 2020, in Spanish from the Judicial Power [CEDIJ]. This text includes Decree No. 192-2020 as ratified by Decree No. 3-2021.

We now include the Constitution of 1949/50, the consolidation of November 26, 2021 as amended to the One Hundred and Fifth Amendment Act of 2021, in English from the Ministry of Justice.

The Constitutional Charter/Constitutional Declaration for the Transitional Stage, 2011 was further amended by Constitutional Amendment No. 10 and No. 11, both of November 26, 2018. We have included the official text of the amending laws in Arabic from the House of Representatives.

We added five reprints to the collection of statutory acts governing constitutional matters in New Zealand.

The Constitution of 1993 was further amended by Law No. 31414 of February 12, 2022, which strengthens the protection of the cultural heritage of the nation. We added the text of the amending laws in Spanish from the Official Gazette.

In addition, we have included a consolidated Spanish text which has been prepared as a publication of the Official Gazette, El Peruano, for Law No. 31414, as well as our own current/latest translation correspondingly.

We have included the following amending laws to the Constitution of 1993, in Russian, from the Presidency/Pravo:

We also included the following consolidated texts in Russian from the Presidency/Pravo:

Additionally, we added the original text of the Constitution of 1993 in Russian from the Presidency/Pravo.

We added the Constitutional Law of December 7, 2021, No. 1, concerning the Judiciary, Judicial System, and Judicial Council, to the collection of Fundamental Laws for San Marino. We included the original text of the law in Italian from the Grand General Council.

The Constitution of 2006 was amended by the Republic of Serbia Constitution Amendment Act, 2021, which was passed at the Referendum of January 16, 2022. We have added the text of the amending law in Serbian [Latin] and Serbian [Cyrillic] from the National Assembly.

We added to the collection of fundamental laws for Sweden to now include the Swedish consolidated text of The Riksdag Act of 2014, as amended to 2021, and an updated tabulation of amending laws to include SFS 2021:1118.

The Constitution of 1999/2000 was further amended by an initiative concerning the protection of children and young people against tobacco advertising. We added the text of the amending law, which was adopted at the Referendum of February 13, 2022, from the Federal Gazette. In addition, we have included the document in French, Italian, and German.

We now include the consolidated text, as amended to 2019 [Law No. 27-IX], in English from the Constitutional Court.

The Northern Ireland (Ministers, Elections and Petitions of Concern) Act, 2022 has been added to the collection of laws concerning constitutional matters. We added the text of the Act, which concerns Ministerial appointments, extraordinary Assembly elections, the Ministerial Code of Conduct, and petitions of concern in Northern Ireland, from the Stationery Office.

Stay tuned for our next update!

For help searching or navigating World Constitutions Illustrated, check out our LibGuide! 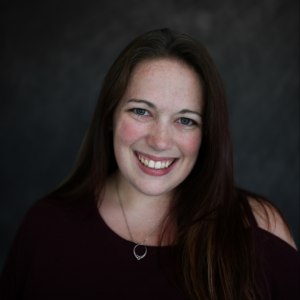 Breanne joined the Hein Marketing team in February of 2019. Breanne can be often be found coordinating all details related to tradeshows or conferences for our sales team to attend. In her role, Breanne creates new marketing pieces for our ever-growing collections, runs HeinOnline’s Facebook account, and assists HeinOnline support by responding to customer’s emails, calls, and chats.
more posts

Breanne joined the Hein Marketing team in February of 2019. Breanne can be often be found coordinating all details related to tradeshows or conferences for our sales team to attend. In her role, Breanne creates new marketing pieces for our ever-growing collections, runs HeinOnline’s Facebook account, and assists HeinOnline support by responding to customer’s emails, calls, and chats.
see posts
You Might Also Like

Spooky season has officially arrived. But don’t worry, HeinOnline is here to bring you treats, not tricks. This month’s update includes nearly 700,000 pages of new content, a brand-new database, tips and tricks, and a scary good true crime story.

With the September content release, we added 13 new journals, 23 which are active serials and one of which is a Springer titles to round out our recent agreement with this esteemed publisher. Keep reading to learn all about these publications.

Book It to the Legal Classics Library

You probably know that HeinOnline contains thousands of multidisciplinary periodicals, essential government documents, international resources, and case law. But did you know it also contains tens of thousands of classic treatises and rare books?

Summer is winding down and a new school year is ramping up—so it’s the perfect time to talk about all of the new content in HeinOnline. Put down your backpack and get out your highlighter, because this content release is getting an A+ from us!