On Monday May 10, 2010, President Barack Obama nominated Solicitor General Elena Kagan to the U.S. Supreme Court.  Much has already been written in the media and on law blogs around the web, so we won’t go into the details that have already been publicized.  We do however provide links to some of these posts and articles if you would like to check them out.  These links are at the bottom of this post under Related Posts From Around the Web. For now though, we turn our attention to the law review articles within HeinOnline that were authored by Supreme Court Nominee, Elena Kagan.

Contrary to common belief, this federal holiday’s official title is “Washington’s Birthday” according to 5 USC 6103.  While several attempts were made to change the title to “Presidents Day”, no law was ever passed to officially change the name of the federal holiday to Presidents Day.  By the late 1980’s though…

On November 3, 2009, Czech President Vaclav Klaus ratified the Lisbon Treaty.  The Czech Republic was the final Member State to ratify the Treaty, and the instrument of ratification was deposited in Rome on November 13, 2009.  As a result of this final ratification and deposit in Rome, the Treaty of Lisbon will enter into force on December 1, 2009.

The Lisbon Treaty was designed to modernise and change the workings of the European Union (EU).  The member states had been negotiating and discussing institutional changes for nearly a decade and will finally bring those negotiations to a close.  When the EU was founded, it was designed for a smaller EU that had only six Member States and who was not faced with the challenges of recession… 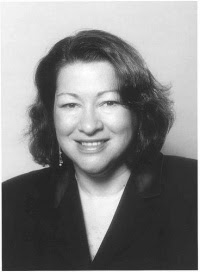 “In 1998, Judge Sotomayor became the first Latina to serve on the U.S. Court of Appeals for the Second Circuit, one of the most demanding circuits in the country. She has participated in over 3000 panel decisions and authored roughly 400 opinions, handling difficult issues of constitutional law, to complex procedural matters…