Included in all HeinOnline Core subscriptions! 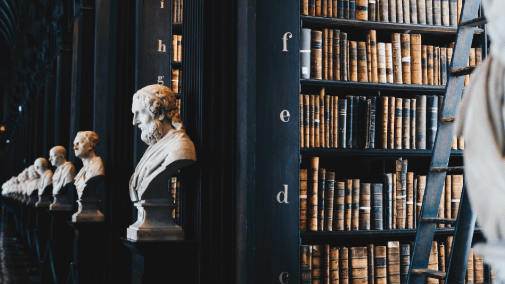 A highly regarded series featuring scholarly works from some of the most distinguished and accomplished scholars in political and legal philosophy. 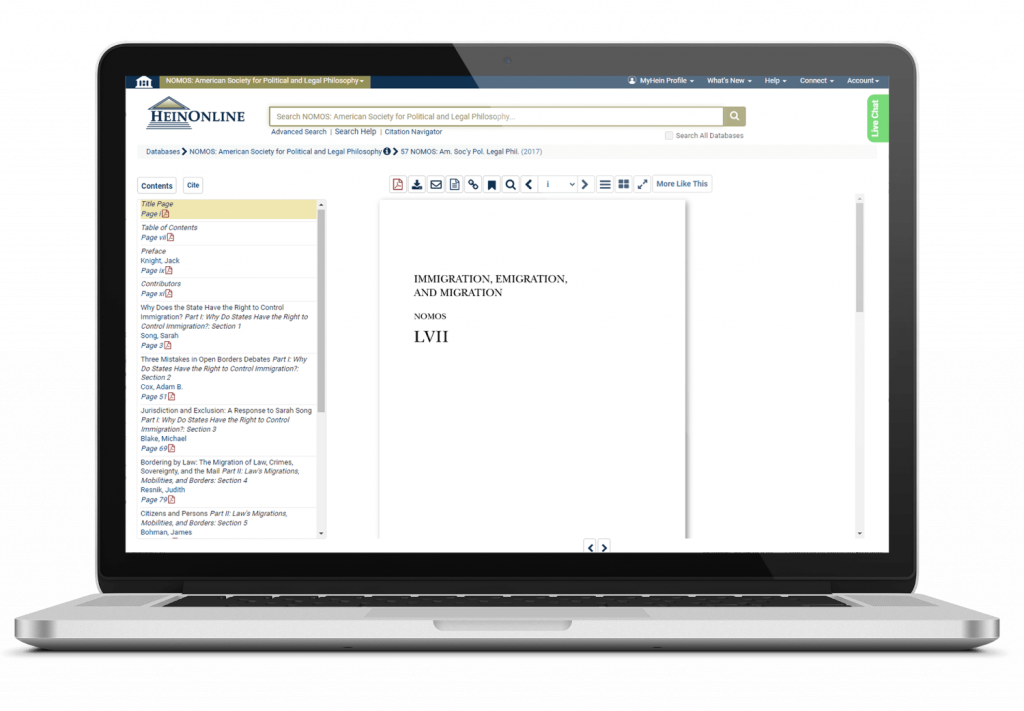 About the NOMOS Database

HeinOnline is pleased to announce the addition of the NOMOS series as a database and within the Law Journal Library with a two-year embargo. This highly regarded series, compiled by the American Society for Political and Legal Philosophy (ASPLP), includes scholarly works from some of the most distinguished and accomplished scholars in political and legal philosophy. A robust thematic collection of more than 60 volumes* covering valuable interdisciplinary research, NOMOS is a go-to resource that has become a staple for scholars to kick-start their research, and that now can be accessed digitally within HeinOnline.

*Volumes 7-16 are available as indexing only, as these are pending licensing.

About the NOMOS Series

In 1985, Harvard University Press published the first volume of NOMOS, the yearbook of the American Society for Political and Legal Philosophy. Nomos, from Ancient Greek, stands for the body of law governing human behavior, or the “spirit of the law” in Greek mythology.

Edited by Carl Friedrich, and entitled Authority, it began a series of annual volumes published or currently in production. These thematic collections have been staples of political and legal philosophical scholarship and, in many cases, have become the first place for scholars to turn to for any given theme. The essays continue to be a valuable resource for interdisciplinary research and undergraduate and graduate education.

Over the years, the General Editors of NOMOS have been:

About the American Society for Political Legal Philosophy

The American Society for Political and Legal Philosophy (ASPLP) is a learned society founded in 1955 by political theorist Carl Friedrich. Its aim is to bring together scholars in political science, law, and philosophy who are interested in interdisciplinary exploration of a range of problems in political and legal philosophy. The ASPLP’s main activities are to hold an annual conference, on a topic chosen in advance by the membership, and to publish the papers, along with formal commentary and invited additional essays, in NOMOS, its yearbook.

As Friedrich explained in the Preface to Authority, the first yearbook: “We are calling the series NOMOS, which is the broadest Greek term for law, because in this term there are also traditionally comprised the notions of a basic political order and of customs and a way of life.” He continued: “It describes reasonably well, and perhaps better than any term of modern English, what must be the focus of a society such as ours, uniting the several social sciences, law, and philosophy.” That commitment to interdisciplinary normative inquiry has characterized the ASPLP and the NOMOS series ever since.