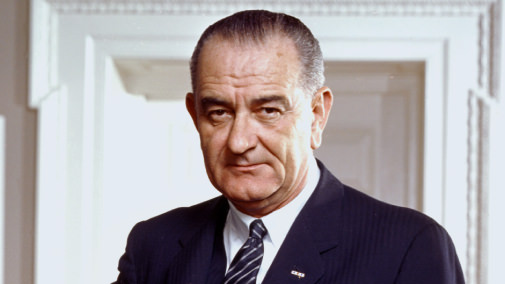 A digital version of the formerly top-secret Pentagon Papers, a report from the U.S. Department of Defense of the country’s involvement in Vietnam from 1945 to 1967. 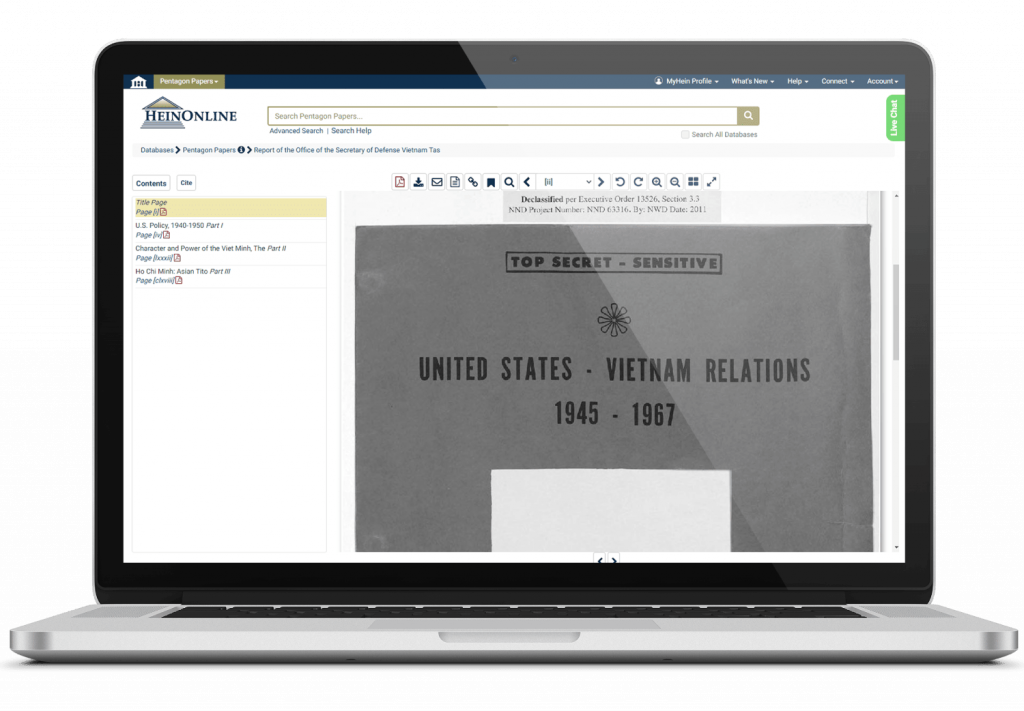 About the Pentagon Papers

Officially entitled the Report of the Office of the Secretary of Defense Vietnam Task Force, the Pentagon Papers was a top-secret study of U.S. involvement in Vietnam from 1945 to 1967. Intended to be “an encyclopedic history of the Vietnam War,” the original study consisted of about 3,000 pages of historical analysis and 4,000 pages of original government documents, organized into 47 volumes. In the early 1970s, portions of the publication were leaked to the press, revealing previously unreported military activity in Southeast Asia from the Truman, Eisenhower, Kennedy, and Johnson Administrations.

According to the New York Times in 1966, the publication revealed that Johnson in particular had “systematically lied, not only to the public but also to Congress.” Among the many secrets detailed by the Papers, it was disclosed that President Johnson had privately expanded the Vietnam War, while campaigning on a platform of limiting the war effort. Combat troops were ordered to Vietnam, even as the President himself proclaimed that he would never send American men into the war. The revelation caused a media uproar, political controversy, and protests through the streets.

Though published in part in a variety of forms, the full report remained classified until 2011, when the National Archives and Records Administration announced its release. Since then, HeinOnline has transformed this important primary source into an online archive consisting of fully searchable image-based PDFs. These PDFs allow users to pull up exact reproductions of the pages of the Pentagon Papers, while using the handy electronic table of contents to easily navigate within different sections of the publication. From right within the interface, email the HeinOnline document to a friend, save the document to your personal MyHein account, or download the publication to print.