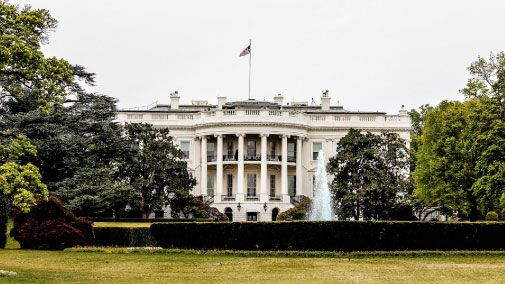 A variety of documents that illuminate the process and procedure, political climate, and future impact of each presidential impeachment. 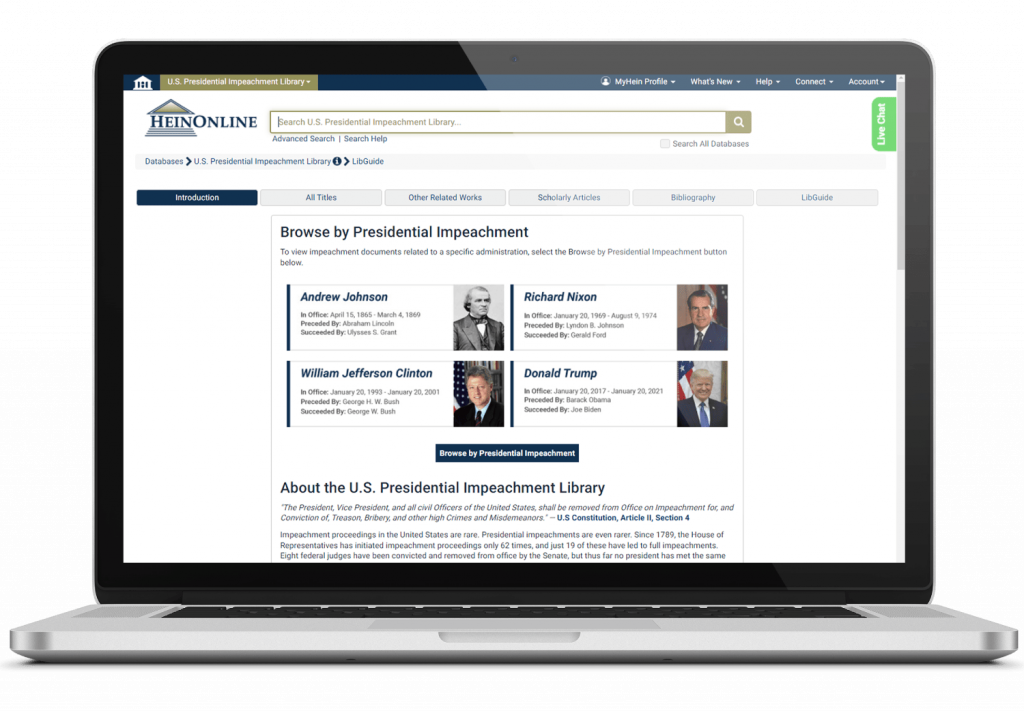 An Overview of Presidential Impeachment

What is impeachment? Broadly, it allows a legislature to hold government officials accountable for alleged crimes. For presidents, impeachment is a process that allows the House of Representatives to bring charges against and investigate a president. Andrew Johnson was the first president to have impeachment proceedings initiated against him in 1868, Nixon was almost impeached (but resigned first) in 1974, and Bill Clinton was impeached following a wide-ranging investigation in the late 1990s. Most recently, one of these rare impeachment proceedings was brought against the 45th president of the United States, Donald Trump, in 2019.

About the U.S. Presidential Impeachment Library

To help researchers understand these rare but always fascinating historical events, HeinOnline offers the U.S. Presidential Impeachment Library, an extension of the U.S. Presidential Library. Organized by the four affected presidents so far, this database brings together a variety of documents both contemporaneous and asynchronous to each president’s impeachment, presenting both a snapshot of the political climate as each impeachment played out and the long view that history has taken of each proceeding.

Congressional Research Service (CRS) reports round out a general discussion of presidential impeachment and a curated list of scholarly articles, external links, and a bibliography provide avenues for further research. HeinOnline is especially pleased to include the recent resource Whistleblower Complaint on Ukraine. Compiled by Kelly Smith at UC San Diego, the work brings together official documents relating to the whistleblower complaint and impeachment inquiry of Donald Trump.