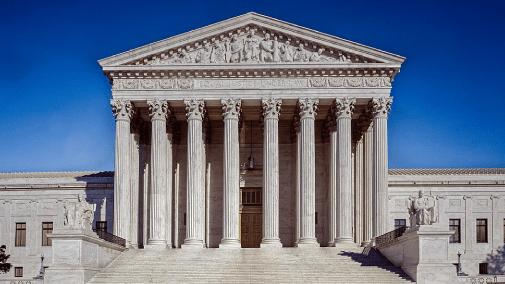 An online database including the official U.S. Reports, as well as preliminary prints, slip opinions, and more titles related to the U.S. Supreme Court. 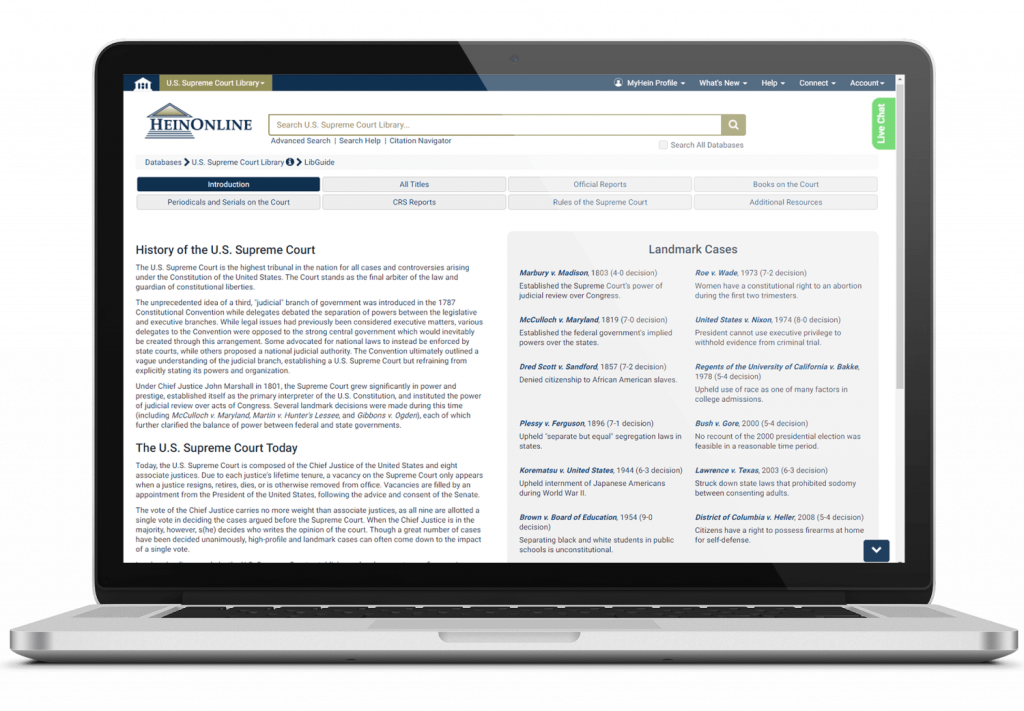 About the U.S. Supreme Court Library

The United States Supreme Court is the highest tribunal in the nation for all cases and controversies arising under the Constitution of the United States. The Court stands as the final arbiter of the law and guardian of constitutional liberties. The most prominent landmark cases are decided by the U.S. Supreme Court and have a significant impact on our society at large. For easy access, users can view a list of the most commonly researched U.S. Supreme Court landmark cases on the welcome page of HeinOnline’s database.

The official U.S. Reports are an indexed compilation of the official full-text of all decisions of the Supreme Court of the United States, and the official record of its rulings, orders, case tables, and other proceedings. These bound volumes contain the 4th and final generation of the Court’s opinions after the bench opinions, slip opinions, and preliminary prints.

Locate landmark cases directly from the database homepage, or use our Advanced Search to search by a specific case name.

Direct linking to Oyez gives users the option to listen to Supreme Court audio recordings for cases dating back to 1955.

Scholarly Work on the Court

Supplement your Supreme Court research by browsing books, periodicals, and serials on the court using the A-Z index provided.

Rules of the Court

View a compilation of pamphlets that features rules of the Supreme Court and changes throughout the years.