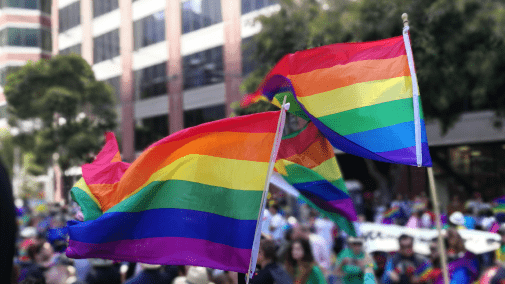 A collection of materials relating to the gay rights movement in America, including an interactive timeline, as well as subject-coded court cases, scholarly articles, books, pamphlets, reports, and more.

LGBTQ people have lived, loved, and thrived since humans first evolved. Written records of homosexuality, both thinly veiled and explicit, exist in all ancient civilizations, with the amount of openness afforded to homosexual, bisexual, and gender-nonconforming individuals varying from culture to culture. Persecutions of LGBTQ persons in a wide-spread, sustained way rose sharply during the Middle Ages (c. 500–1500), increasing during the Renaissance (c. 1300–1600), largely through the efforts and influence of the Roman Catholic Church. Sodomy was illegal in America almost from its establishment; Thomas Jefferson proposed castration as an appropriate punishment.

Societal attitudes towards LGBTQ persons underwent rapid change throughout the end of the 20th century, ushered in alongside the sexual revolution of the 1960s. For decades, the great aim of the gay rights movement was to secure the right to marry and solemnize their relationships with the same legal protections afforded to heterosexual couples. Same-sex marriage was declared a fundamental right under the U.S. Constitution by the Supreme Court in 2015, in Obergefell v. Hodges. In 2020, LGBTQ persons were granted protection from discrimination in employment on the basis of sexual orientation and gender identity under Title VII of the Civil Rights Act. However, the full integration of LGBTQ people into American life remains tenuous and debated. According to the latest data from the FBI, 1,656 people were the victims of a hate crime in 2019 because of either their sexual orientation or gender identity.

About the LGBTQ+ Rights Database

To continue honoring its core value of corporate citizenship, HeinOnline presents its newest addition to the Social Justice Suite, LGBTQ+ Rights. This collection charts the gay rights movement in America, showing the civil rights codified into law in the 20th and 21st centuries, as well as the inequalities that still exist today. All titles in this collection have been assigned one or more title-level subjects relating to their scope, and are further divided into six subcollections, whose areas of focus constitute Marriage and Family, Employment Discrimination, Military Service, AIDS and Health Care, and Public Spaces and Accommodations. A separate subcollection, Historical Attitudes and Analysis, presents books, pamphlets, reports, and more from the 18th century through the mid-20th century. Content in this subcollection includes accounts of individuals criminally tried for their sexuality as well as attempts to find a medical cause for homosexuality.

This collection is rounded out by a curated list of Scholarly Articles selected by Hein editors, as well as a Bibliography of titles to launch your research outside of HeinOnline. Finally, an interactive timeline, incorporating documents from HeinOnline with other media from around the internet, plots out an overview of LGBTQ rights in America from 1950 to the present day, helping to demonstrate the relevancy of the content within the database to the real-world events to which they are connected.

Throughout the LGBTQ+ Rights database, users may encounter items and viewpoints that they find offensive. These items are included in order to properly foster dialogue and to fully understand both the progress our society has made and the inequalities that still exist today. For all the triumphs and hard-fought victories of the gay rights movement, LGBTQ individuals today still face barriers to living openly without discrimination, both in the United States and around the world.

Suggestions from the library community on materials that would make a valuable addition to this collection are welcomed and can be submitted to holsupport@wshein.com.

Subject Coverage in the Database

HeinOnline editors have created 15 new subjects to help users discover the content most relevant to their research. Every title in this collection has been analyzed by HeinOnline editors and assigned one or more subjects based on its subject matter. These subjects include:

Content within this database is grouped into the following six areas of focus:

This subcollection focuses on same-sex marriage and the rights of same-sex couples to adopt, raise children, and form family units. It also focuses on the rights of heterosexual parents with respect to their LGBTQ children.

In this subcollection, you'll find titles focused on discrimination faced by LGBTQ people in the workplace. Prior to 2020, there were no federal-level protections for LGBTQ employees.

The AIDS crisis initially targeted the gay community, killing thousands through both a lack of effective medical treatment and social stigma. Nearly 1.2 million Americans are living with HIV today.

LGBTQ Americans have served their country ever since the Revolution, even as the official policy of the U.S. military about their service has shifted from an outright ban, to allowance based on silence, to open acceptance.

This subcollection presents historical texts whose views some users may find offensive today, but understanding the prejudicial beliefs circulating in society is essential to understanding the laws of the time.

HeinOnline editors have curated a list of scholarly articles on various LGBTQ rights from across all of HeinOnline. 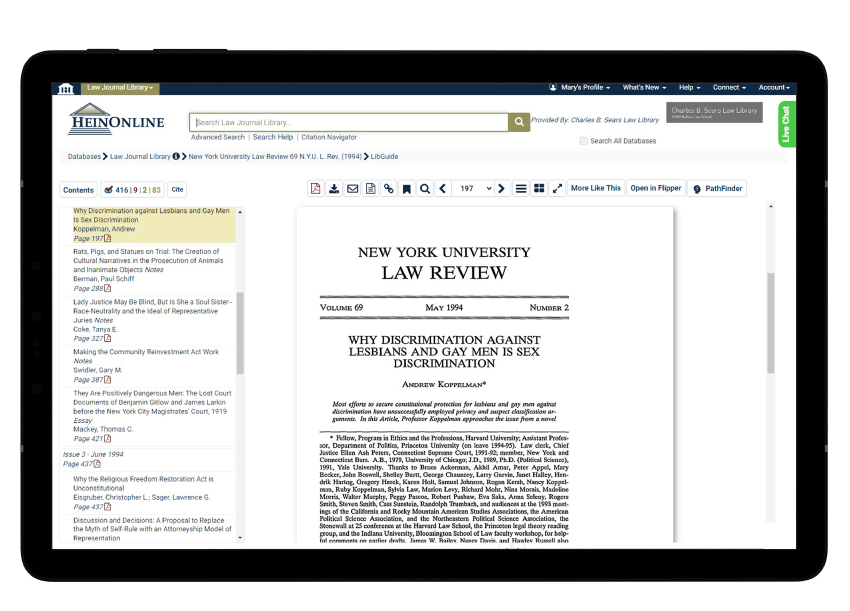 This collection features an interactive timeline that illustrates the gay rights movement in America from 1950 up until the present day.

Explore legislation, government reports, court cases, and much more all related to LGBTQ people and their rights in America. 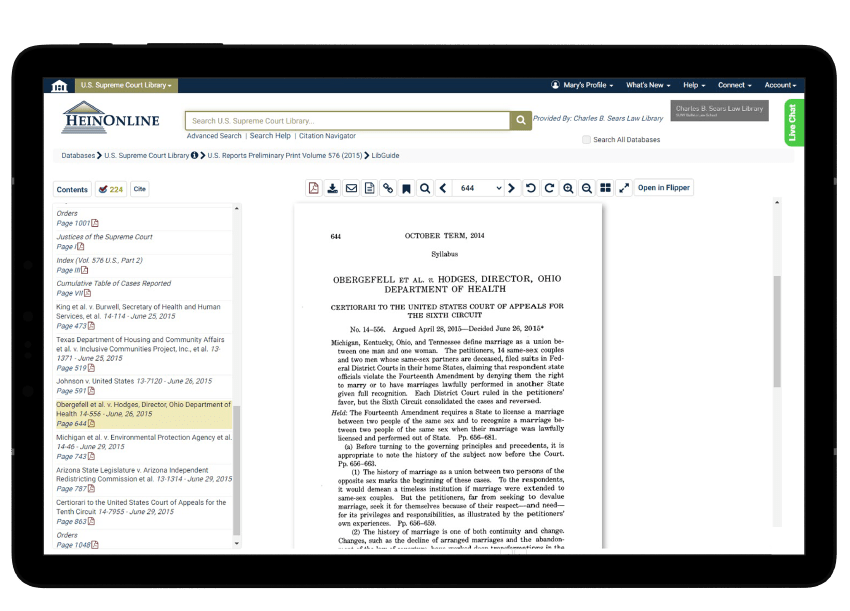 To honor our core value of corporate citizenship, Hein offers five of its databases free of charge to its core American and international subscribers, and to the libraries of any other interested organizations or institutions. Our cataloging partner, Cassidy Cataloguing Services, Inc., also offers free MARC records for all of these databases, which are available upon request.*

*Please note, the initial archive file of the MARC Records will be provided at no additional cost. If you would like to continue receiving updates of records for these databases, Cassidy charges a small annual fee.